Preservation that Begins with People 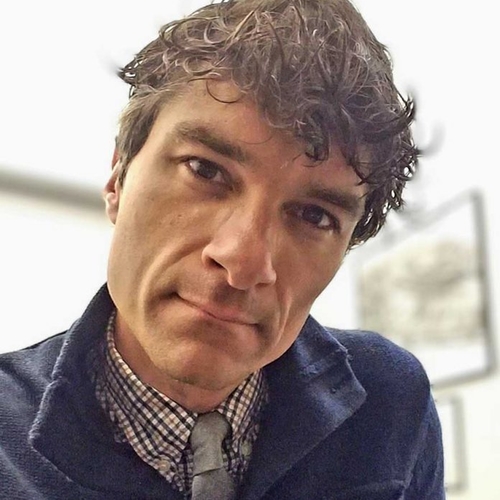 What happens when you turn historic preservation upside down? School of Architecture Associate Professor Greg Donofrio began his career by looking at historic buildings and working backwards to people who care about buildings. “Whereas now,” he says, “I am interested in forming relationships with people and working backwards to the places they might care about in the built environment.”

As he’s followed this new direction, he also co-founded the Heritage Studies and Public History graduate program, which strives to add diverse perspectives to conversations about history and preservation.

There’s a movement within the field of historic preservation that notes the lack of diversity in its projects. “They largely represent a white dominant version of history and they honor mostly men, white men, and honor their achievements in military endeavors, politics, commerce, engineering,” Donofrio says. “The contributions of women and communities of color and other minority communities are largely absent from the sites that we have officially declared historic and actively seek to preserve.”

Contributing to this issue, he says, are the identities of those who have traditionally carried out historic preservation. They have been overwhelmingly white and upper-middle class and their interests have been reflected in these projects. Communities of color have not been well-served by these efforts, he says.

“It’s not as though I or …  any other white cis male can one day just show up to meetings with communities of color and ask, ‘Where are the places you care about? Tell me about your history,’” he says. “This requires building relationships with people, gaining their trust and convincing them you’re actually interested in what they care about, and that you’d like to work together with them.”

With the help of an Institute for Advanced Studies Research and Creative Collaboratives grant, Donofrio was able to explore these ideas with others. He, Katherine Hayes, Professor of Anthropology, Kevin P. Murphy, Professor of History, joined with one of their colleagues at the Minnesota Historical Society at the time, Chris Taylor. “Taylor is a nationally recognized leader in diversifying and decolonizing museums,” Donofrio says. They developed the Heritage Studies and Public History graduate program, a unique partnership between the University of Minnesota and the Historical Society.

“Together, we collaborated on the creation of this program and identified the greatest need as diversifying what we came to call the heritage fields,” Donofrio says. “Our goals and the goals of the Historical Society at that time aligned: to hire and support a diverse workforce of diverse people who represent the ever-increasing diversity of the people of Minnesota.” The program’s four values are experiential learning, diversity, interdisciplinarity, and community engagement.

Lower-income students seeking this specialized master’s degree might have faced a barrier if they had to perform unpaid internships in order to seek their first job. So the Minnesota Historical Society supports two paid internships during semesters and one paid summer fellowship. The program also is supported by the Mellon Foundation, the Provost’s office, and the College of Design.

“We wanted the program and our students to be accountable to identifiable communities to develop historical interpretations and projects in collaboration with communities — to co-create them,” Donofrio says. “The program now is about 60% students of color or indigenous students.”

A Public History of 35W

Nationally, researchers have shown that freeways often were located so as to divide Black communities or to separate them from white-dominated communities. As Donofrio and his students looked at the 35W project, they recognized the pattern.

“As we researched this more, [we found] if you align freeway routes with the places where Black people permitted to live — as a result of racial covenants as documented by Mapping Prejudice, as well as redlining and other real estate practices — if you line up those two maps, they coincide perfectly with freeways that run through or alongside every major concentration of the Black community,” Donofrio says. “We’re trying to understand how that can happen, and why.”

Was it simply a cost of progress that thousands of households, many of them people of color, lost their homes? Donofrio and Denise Pike, a 2018 graduate of the program, are co-leading A Public History of 35W project to find out more.

Read the rest of the Continuum profile here.

Walk with Us At the Water: One 5x5 Partners with Bde Maka Ska Artists

COVID-19 hasn’t stopped Sonja Kuftinec, Margaret Werry, Tracy Kugler, and Emily Stover from seeing through their plans as a…