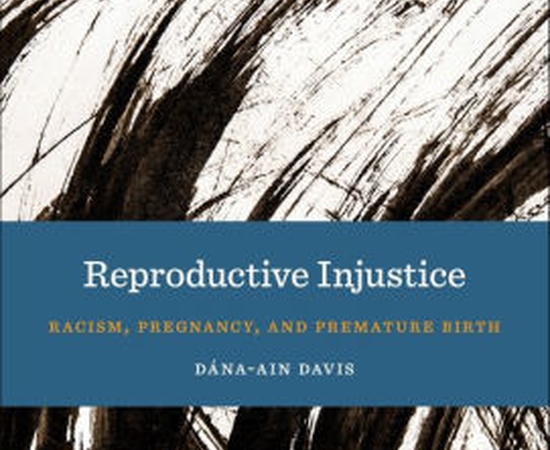 Professor Dána-Ain Davis received her PhD from the CUNY Graduate Center in anthropology in 2001. Before coming to Queens College in 2007, she was Assistant Professor of Anthropology and Coordinator of the Global Black Studies Program at SUNY/Purchase. Davis’ areas of specialization include black studies, family and sexual violence, reproductive rights, poverty and welfare policy, and women’s studies. Her publications include the book Battered Black Women and Welfare Reform, Feminist Activist Ethnography (co-edited with Christa Craven); and Black Genders and Sexuality (co-edited with Shaka McGlotten). Davis has served as co-chair of NARAL-NY and as president of the Association of Black Anthropologists, and New York governor Andrew Cuomo appointed Davis to the Governor’s Maternal Mortality Taskforce in June 2018.

Zenzele Isoke, Associate Professor and Director of Graduate Studies in the department of Gender, Women, and Sexuality Studies, UMN. Writing across the fields of geography, political science, and urban anthropology, Dr. Isoke is the author of the book Urban Black Women and the Politics of Resistance. Her current book project is entitled Unheard Voices at the Bottom of Empire.

Jaime Slaughter-Acey, Assistant Professor of Epidemiology and Community Health, UMN. Dr. Slaughter-Acey's research focuses on environmental and psychosocial factors that contribute to women’s health, with emphasis on maternal and child health of underserved populations. She is the principal investigator of Shades of Color: The Impact of Skin Tone on African American Women and their Birth Outcomes, funded by a research grant from the Russell Sage Foundation.

Aaron Mallory, PhD candidate in the department of Geography, Environment and Society, UMN. Recipient of a DOVE Fellowship, Mallory's areas of specialization include black and feminist geography, health geography, and evidence-based medicine.

Carly Thomsen, Assistant Professor of Gender, Sexuality, and Feminist Studies, Middlebury College.  Thomsen's articles on reproductive politics have been published in Feminist Studies, Signs, and Feminist Formations. Currently, Thomsen is collaborating on a project that examines the racial and socio-economic makeup of the areas where crisis pregnancy centers set up. Her book, Unbecoming: Visibility Politics and Queer Rurality, is under review and her documentary film In Plain Sight recently premiered at Atlanta’s LGBTQ film festival.