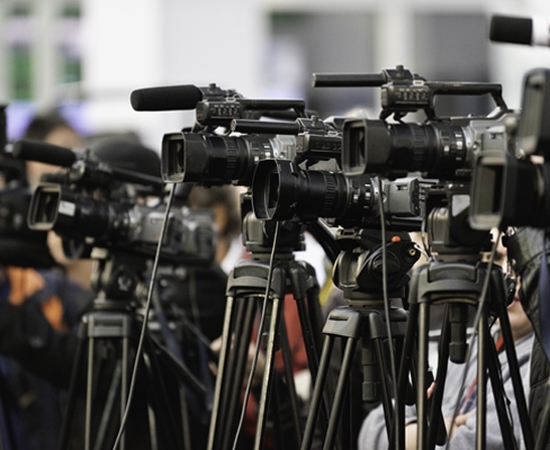 Declining local news is well documented, and evidence continues to suggest a related trend: the nationalizing news environment. While scholars continue to document circumstantial evidence of the trend, whether it is cause or consequence of the declining local news environment is not well understood, nor are its implications. This conversation interrogates what we know about both the causes and consequences of a nationalizing news environment and outlines an agenda for future research.

CART captioning provided
This event will be recorded

Johanna L. Dunaway received her Ph.D. from Rice University in 2006. Before joining the faculty of Texas A&M in Fall 2016, Johanna was a Joan Shorenstein Fellow in the Shorenstein Center for Media, Politics, and Public Policy, at Harvard’s Kennedy School of Government. From 2008-2015, she was a jointly appointed faculty member in LSU’s Manship School of Mass Communication and Department of Political Science. Her areas of research and teaching include news media and politics and political communication, with an emphasis on how the changing media environment is shaping news consumption and political knowledge, attitudes, and behavior. Her publications appear in journals such as the American Journal of Political Science, the Journal of Politics, the Journal of Communication, Journal of Computer-Mediated Communication, Political Communication, Information, Communication & Society, Public Opinion Quarterly, and PloS One. Johanna’s recent book, Home Style Opinion: How Local Newspapers Can Slow Polarization, is co-authored with Joshua Darr of LSU’s Manship School and Matthew Hitt of Colorado State University, was published in March 2021. Her forthcoming book: News Attention in a Mobile Era, co-authored with LSU Manship faculty member Kathleen Searles, will be published with Oxford University Press in October 2022. She is also working on a book still in progress: The House that Fox News Built? Representation, Political Accountability, and the Rise of Partisan News, co-authored with Kevin Arceneaux, Martin Johnson, & Ryan J. Vander Wielen.

IAS Thursdays at the Institute for Advanced Study brings a wide range of ideas, conversations, and viewpoints to the heart of the University of Minnesota. Our events are free and open to the public; IAS Thursdays are designed for scholars from all walks of life.