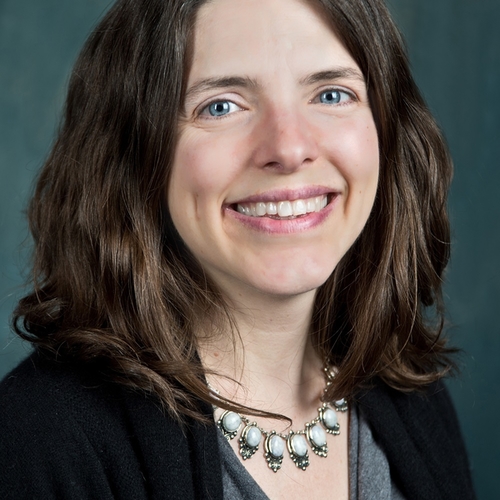 Shannon Drysdale Walsh is an associate professor of political science in the College of Arts, Humanities, and Social Sciences at the University of Minnesota Duluth. She joins the IAS as a faculty fellow for Fall 2021.

She is at work on a project titled “Women Confronting Terror: Violence against Women and the State in Central America,” a comparative case study based on 22 months of fieldwork observations and interviews in Guatemala, Nicaragua, and Costa Rica. The manuscript addresses several questions, including: What explains the construction of specialized policing and court systems to address violence against women in countries with few resources and little political will to build them? What are the advances and limitations of these specialized justice system institutions for implementing violence against women laws? Read her full work-in-progress abstract here, and read on to learn more about what Shannon hopes to achieve during her residency at the IAS!

IAS: Your project gets right to the heart of an intriguing question: how and when do governments respond to the interests of marginalized populations in contexts with limited state capacity? What have been some of your surprising discoveries? Does everything really just come down to resources?

Shannon Drysdale Walsh: Some of my surprising discoveries have been the advances that have been made in hostile social and political environments. Advances have primarily taken place where women’s advocates have fought long and hard to make them. So, it is not just a question of resources. Financial resources are necessary, but not sufficient, for responding to the interests of marginalized populations. However, it is also necessary to have a committed core of people working together across different sectors (within and outside the state, domestically and internationally) with shared and long-term goals.

IAS: It’s hard not to see some very immediate connections between your research and similar sorts of violence we see at home—I’m thinking especially of the exceptionally high rate of missing and murdered Indigenous women in the U.S. and Canada, but of course the list could go on. Are there ways we can apply elements of your research to the crises here as well?

SDW: The current and historical atrocities committed against Indigenous women in the U.S. and Canada are a series of systematic and grave injustices. The fact that there is a much higher rate of abuse of women, as well as impunity, demonstrates that women from marginalized populations throughout the world are at much higher risk of violence in the first place, with a much lower probability of police and courts taking these cases seriously. On top of that, a dearth of social spending and social safety nets reinforces patterns of abuse and marginalization.

On the domestic as well as the international level, it is important to fundamentally reorient state resources toward promoting the well-being of vulnerable populations. Women are much more vulnerable when they are, for example, poor and/or Indigenous and/or African American. One lesson among many from Central America is that violence against women is a multifaceted problem that requires multifaceted solutions throughout the life course. Efforts at preventing violence include educating girls, disallowing child brides, changing laws to allow women more access to land ownership, and changing social norms that reinforce and normalize abuse. When abuse happens, it is helpful and (in my view) necessary to have police and judges who are trained in understanding the particular vulnerabilities that women face so that there are not so many barriers to reporting. Allocating funding from the state as well as from international sources (such as international aid) is critical for most of these efforts.

Violence against women worldwide is interconnected. Funds that are allocated toward women’s safety in other countries helps prevent crises in others.

IAS: This will be your second time as an IAS Fellow! What was your experience like last time, and how are you hoping to channel that into your experience this time around? Are there other interdisciplinary perspectives from among the group you’re hoping to bring into your work?

SDW: I am so grateful for my experience as an IAS Fellow when I first started my career at the University of Minnesota Duluth. We had a fabulous group with a diverse range of projects, ranging from biology to indigenous languages. This experience helped me learn what was interesting about my work to an outside audience: who always cared about the topic of violence against women, and had a genuine interest in explanations and evidence for why Central American countries are so diverse in their approaches. People were also interested in detailed stories and narratives, which improved my ability to share the many valuable lessons I learned from fieldwork in Central America.

This time around, the scholars at IAS have an impressive and similarly wide range of backgrounds. I am hoping to learn how my work might connect and speak to someone who researches something like climate change, but also has an interest in women’s well-being. Fundamentally, we are all interested in human flourishing and our common humanity. So, I want to spend time bringing together the multifaceted ways that we are all helping make a better world from our various disciplinary perspectives. Who knows? Maybe I will end up with something written on the intersection of climate refugees and refugees from violence. But, more generally, if my work can reach a well-intentioned audience, together we can make important changes across many sectors of the state and society, the environment, and recognize the interconnections among these struggles.

IAS: Any questions you always wish someone would ask you about your project?

SDW: The questions you have asked have all been kindly sympathetic toward my work. But, I know that there are lots of people out there who are hostile to many of its basic assumptions. Even though I don’t wish for these questions, I would like to try to answer a couple of questions I have heard from time to time: Isn’t domestic violence a personal issue? Isn’t it the responsibility of families, and not the state, to try to address domestic abuse?

I do not believe domestic violence is a personal issue. It thrives when it is systematically reinforced through social norms that disregard and dehumanize victims. So, the work to reduce these types of violence is, in part, to recognize the fundamental humanity of people who are particularly vulnerable to violence. I am not denying that other types of violence exist, nor that they are important. In fact, I suspect that our ideas about gender that reinforce violence against women also put men at risk. For example, if we expect boys and men to be “tough,” a boy or man who is abused is less likely to tell anyone and more likely to be a victim of sustained abuse. This same social norm reinforces men’s violence against women and against one another if they feel the need to project an image of toughness and strength through violent or coercive means.

A key role of the state is to not only protect its citizens from harm, but also promote their flourishing. Both of these require that the state not only work toward preventing violence against women, but that they are required to effectively respond to it through effective and innovative systems of social services, women-focused policing, and women-focused courts that address the specific needs of women who are particularly poor and marginalized.

Meet an IAS Collaborative: Preparing for Our Future Museums

Preparing for Our Future Museums: Museum Studies in the 21st Century