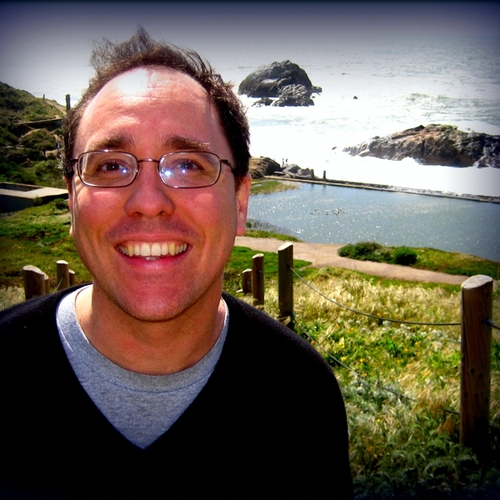 Sean Drysdale Walsh is an associate professor of philosophy in the College of Arts, Humanities, and Social Sciences at the University of Minnesota Duluth, and joins the IAS as a scholar in residence for Fall 2021.

He is at work on a project titled “Moral Psychology and the Ethics of Perpetrator Risk,” in which he argues that men are morally obligated to use the best situational and character psychology interventions to lower their lifetime perpetrator risk. Read his full work-in-progress abstract here, and read on to learn more about what Sean hopes to achieve during his residency at the IAS!

IAS: You’re working on a project about how men are morally obligated to take action to reduce their lifetime perpetrator risk. Tell us about what exactly that means, and why it matters to distinguish that from saying that men should just… be good people?

Sean Drysdale Walsh: To be a good person takes more than having the belief or desire that one simply be a good person. It takes some effort and thoughtful reflection. And the best empirical science can serve as a helpful guide too.

First, there is the illusion of self-control: the idea that one has conscious control of one’s own behavior. The Nobel laureate Daniel Kahneman, in his book Thinking Fast and Slow, argues that most of what influences our behavior is unconscious. Behavior is influenced profoundly by irrelevant factors of which people are consciously unaware. For example, people that smell fresh bread or find a dollar on the ground end up acting significantly morally better than those who do not. People do not realize the unconscious processes that can profoundly affect or “nudge” behavior.

Second, there is the illusion that what one believes drives one’s behavior. Just because people believe they are good guys does not mean they will be. In one study, people’s beliefs about the importance of recycling were surveyed, and then their behavior was observed over some time. The beliefs did not predict who would recycle and how often. What did predict recycling behavior was peer norming: whether or not people around them were recycling. Their beliefs about the importance of recycling (or lack thereof) were irrelevant to their recycling behavior.

Third, most perpetrators think they are good guys. In surveys, for example, a very small portion will say yes to the question “Have you ever raped someone?” but a significantly higher percent will say yes to the question “Have you ever forced someone to have sex with you against their will?” People do not want to think of themselves as a rapist, or even a potential perpetrator, even when they are. People think well of themselves regardless. It reminds me of another survey that found that nonsmokers were much more likely to agree that “Secondhand smoke harms children” than smokers. Smokers want to see themselves as good guys, and not child-harmers. Most perpetrators insist that they are good guys and not perpetrators at all, and often insist on (offensively false) myths like “No means yes” and “She really wanted it.”

Fourth, perpetrator risk is too high to ignore. Some studies estimate that about 11–12% of undergraduate males commit rape before they graduate. Another found that half of all rapes are perpetrated by people over 30. And rape is just one form of perpetration. I focus on four forms of violence from a Canadian study, which found that 48% of Canadian women will be victims of at least one of four types of violence in their lifetime. That lifetime victim risk is 48% for either (1) child physical abuse, or (2) child sexual abuse, or (3) adult physical abuse, or (4) adult sexual abuse. And there are other forms of abuse beyond those four. Considering the high lifetime victim risk for one group, there must be a high lifetime perpetrator risk for another group. And it is pretty obvious that one has an obligation to not perpetrate violence. Part of that obligation is to find effective ways to lower one’s lifetime perpetrator risk.

Fifth, most of the literature on reducing the risk of violence such as rape is almost exclusively focused on how women can reduce the probability of becoming a victim. It isn’t the woman’s obligation to change her life to avoid perpetrators. It is the man’s obligation to avoid perpetrating. Men not only perpetrate far too often, but also men give perpetrator risk little or no thought over the course of their lives. By contrast, most women I know have thought about their victim risk at many times throughout their lives.

Sixth (and finally), the best empirical science suggests that by avoiding certain situations, and by developing certain character traits (also known as virtues and vices), one can indeed change one’s lifetime perpetrator risk. There are known interventions for some of these traits. There are situations that one can reasonably and easily avoid.

IAS: Your field is philosophy. What other interdisciplinary perspectives matter to this project, and how do you hope your time at the IAS will support this project?

SDW: For many years I was a research scientist in HIV/AIDS research, Neurobehavioral Pharmacology research, and Cystic Fibrosis research. My first two publications were as second author on how cytokines drive the immune response in lung transplantation rejection. I have also published on the ethics of environmental risk assessment. I like bringing the best available science and statistics to bear on ethical issues. I think about empirical and moral questions like “How do people risk harming others?” This is a timely question, for example, in the current debate about masking and vaccination in the era of COVID-19.

Then there is the moral question: Given the empirical evidence, how much does one need to do to live up to one’s moral obligation to adjudicate one’s lifetime perpetrator risk? Is it a weak obligation to do just a little bit, or is it a strong obligation to do a lot over one’s whole life, or is it something in between?

My hope is that my time at the IAS will allow me to discuss these issues with a wider interdisciplinary audience, to learn more about finding an appropriate publisher for my book project, and to develop relationships with experts in other fields related to my project.

IAS: This will be your second time as an IAS Fellow! What was your experience like last time, and how are you hoping to channel that into your experience this time around?

SDW: I had an ideal experience at the IAS in 2012. Everyone was friendly, interesting, and engaged. The fellows had projects that we often discussed among ourselves, and (at least for me) the IAS atmosphere improved my work and workflow. I’m hoping for a similar experience this time around.

Shannon Drysdale Walsh is an associate professor of political science in the College of Arts,…

A timely event series focusing on Polarization and Identities.