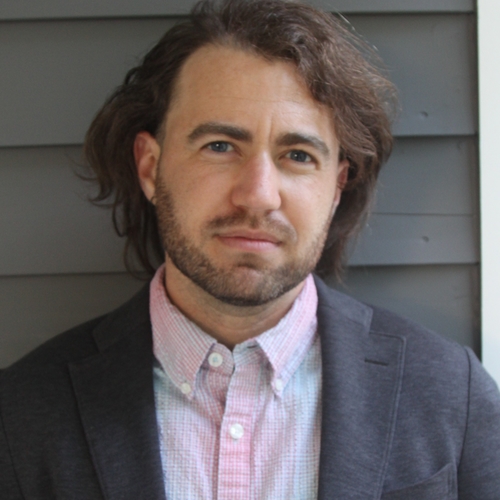 Cassius Adair joins the IAS as an American Council of Learned Societies Visiting Fellow. He is also an independent audio producer, writer, and researcher, and operates Sylveon Consulting.

Cass is at work on a project titled “The Transgender Internet,” which brings together transgender theory and computer history to understand trans history not just as a genealogy of in-the-streets resistance, but also as enmeshed within dominant political formations, media infrastructures, and information systems.

Read on to learn more about his work in progress.

IAS: What sorts of pseudonymous digital communities does your project trace, and what connections do you find between them, trans resistance and activism, and a turn towards predominantly white and professionalized transgender politics?

Cassius Adair: I’m looking at multiple sites at the moment, but particularly Usenet (an early mailing-list style community from the early 1990s). There’s a lot of great work with this archive already being done by scholars such as Avery Dame, so I’m focusing on particular questions of disclosure, employment, and identity that come together in conversations about anonymity. For example, when Usenet is embroiled in a debate about whether people should use their “real names” when they post online, trans people rightly point out that they are especially at risk of being harmed by such a policy. You’d think this is because people are afraid of physical violence, and there is some of that. However, some of what people actually are talking about is the fact that they have positions of power (often in government or industry) that they don’t want to lose. I was struck by this when I saw this in the archive during my dissertation research, and it really reoriented my thinking to consider the types of trans people that did actually have positions of influence, and wonder how those people considered their own position within a racialized and class-stratified society.

IAS: You have a professional background working as an equity consultant, and relationships with people in the tech industry. How do those parts of your background motivate this project?

CA: I am deeply interested in the way we articulate transness inside institutions—such as corporate offices, medical clinics, or classrooms— and how that is different from the way we articulate transness to each other. My business partner Tuck Woodstock and I have been grappling with the fact that we give “trans 101” talks to companies that are really oriented towards making sure that trans people are treated better—or at least not harassed!—at work, but that sometimes means relying on stories that we don’t actually agree with about the uniformity of what trans people experience. (Tuck recently made a whole podcast episode about this that I recommend to anyone reading this!) I think tech is a place where these “shortcuts” to explaining trans identity happen especially often, in part because tech is currently a great pains to try to remake itself from a white boys’ club into a place where marginalized people can supposedly “bring their whole self to work.” Thus, tech is doing a lot of hiring of diversity consultants and so on. I was actually researching these types of trainings as sites where trans knowledge gets circulated before I started doing them myself, but now that I’m in the room I realize just how weighted and strange these encounters can be. I want to spend more time thinking about what these types of trainings actually do for trans people who aren’t in the room, and whether we’re potentially doing more harm than good on a broader scale.

IAS: What do you hope to gain from your time as a visiting fellow here at the IAS? What different interdisciplinary perspectives are critical to your work?

CA: On a simplistic level, it’s good to be in a conversation where people aren’t necessarily fluent with the various internecine debates within trans studies—this helps me sharpen my ability to explain these dynamics in clear language. A lot of what I’m curious about in this project is how we got to a point where we have something called “trans studies” or even “trans history” and whether or not that’s a good thing for trans people. So having to articulate those claims directly is really helpful for me. I am also working between media studies and gender, women, and sexuality studies, and I find that disciplinary conversations don’t usually feel right to me. I’m much more at home when people pull knowledge out of unexpected places, and challenge me to orient myself to different ways of knowing. It’s a pleasure to think with people from different perspectives.

Thank You, Karen: Karen Kinoshita Retires after 14 Years at the IAS

Karen Kinoshita is retiring from the University on October 6, 2020. For the many faculty, students, staff, and…