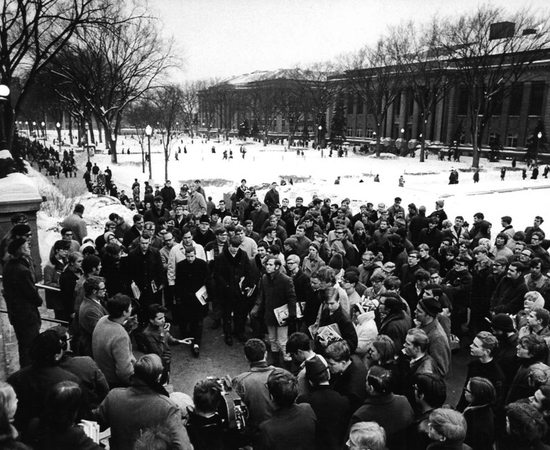 The civil rights struggles of the 1960s led to calls for establishment Afro-American and American Indian studies programs at the University of Minnesota. In 1969 the activism of African American and American Indian students and supporters led to the founding of Departments of Afro-American Studies (now African American & African Studies) and American Indian Studies (the first in the nation). The new intercollegiate Higher Education Consortium on Urban Affairs, or HECUA, soon followed. A panel of program founders and leaders including John Wright, David Beaulieu, and Lena Jones, moderated by UMN Provost Karen Hanson, will discuss the history of these efforts and the 50-year legacy of educating students about diversity and identity.

This talk is presented as part of the IAS's yearlong 1968-1969 presentation and discussion series, copresented by Northrop and the University Honors Program. It is additionally cosponsored by the Humphrey School of Public Affairs, the Hubbard School of Journalism and Mass Communications, the Higher Education Consortium for Urban Affairs (HECUA), the Givens Collection, Umbra Search African-American History, the departments of English, African American & African Studies, and American Indian Studies, and Organizational Leadership, Policy, and Development.

This video has been closed-captioned. If you would like to read a transcript of the conversation, please click here.

A Feast of Words: Humanities on the Front Lines, featuring Minnesota Transform