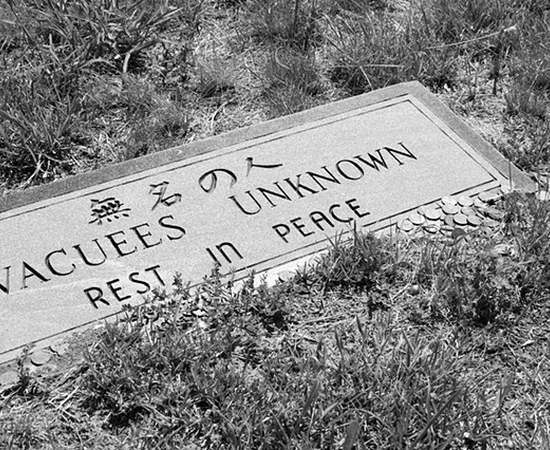 The IAS Historical Injustices Research and Creative Collaborative, in partnership with the East Side Freedom Library, is pleased to present this panel discussion of Minnesota-based artists. The panelists will join featured visual artist John Matsunaga in a conversation about how they have used their artistic and creative practices to engage the historical injustices which have challenged their communities. The invited artists are Nikki McComb, Saymoukda Duangphouxay Vongsay, and Alessandra Williams.

Nikki McComb’s public safety campaign titled #ENOUGH uses art as a catalyst for change and social disruption. Taking on the trenchant problem of illegal firearms, McComb uses photographs and video to reach people from the street level to the legislative arena and to help provide communities an outlet where they feel safe enough to seek help, empowered enough to give help, provoked enough to work harder to unify, and unified enough to make change collectively through art. For seventeen years, McComb has applied her artistic interests and skills to working relentlessly in North Minneapolis and surrounding communities in youth and family achievement.

Saymoukda Duangphouxay Vongsay is a Lao American writer. She was born in a refugee camp in Nongkhai, Thailand and immigrated to Minnesota in 1984. Because of her unique background, her work is focused on creating tools and spaces for the amplification of refugee voices through poetry, theater, and experimental cultural production. Her poems have been published in literary journals, magazines, coffee sleeves and train platforms. Her plays have been presented by the Smithsonian Asian Pacific American Center, Theater Mu, Consortium of Asian American Theater Artists, and Theater Unbound.

Alessandra Williams is an educator, activist, and artist, originally from Minneapolis. Her culture and performance Ph.D. at UCLA focused on feminist, queer of color theory and Afro-Asian alliances through ethnographic studies of Ananya Chatterjea and the Minneapolis-based Ananya Dance Theatre and David Rousseve and the Los Angeles-based REALITY dance company. She also completed her B.A. in American Studies and Theatre and Dance at Macalester College and her community organizing earned her the Grassroots Solutions Organizer of the Year Award. Beginning in 2006, she joined Ananya Dance Theatre as an artist and has since danced in the company’s Ashesh Barsha (2009), Moreechika (2012), Roktim (2014), Horidraa (2015), and is currently touring Shyamali (2016) to Pittsburgh, Salt Lake City, New York, Los Angeles, Hawaii, and Philadelphia.

John Matsunaga is a Minneapolis based visual artist, educator, and activist.  His work in the visual arts explores Asian American and Japanese American history, identity, and experience.  He currently serves on the Board of Directors of the Twin Cities chapter of the Japanese American Citizens League and is a member of its education committee.  He also teaches in the Asian American Studies program at the University of Minnesota, Twin Cities.