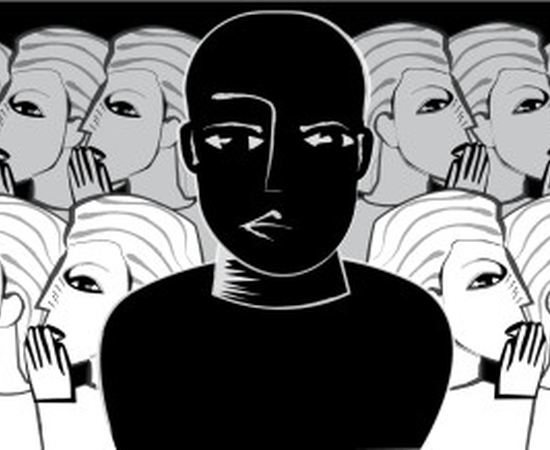 IAS Thursdays
From the Archives
Free and open to the public

For this week’s Throwback Thursday, we’re returning to this ever timely conversation from September 2017. Evelyn Nakano Glenn takes the British settler colonial origins of the U.S. seriously by arguing for its foundational importance and continuing significance in American political and social formations. The talk examines how American national identity, racial stratification, and central concepts such as sovereignty, citizenship, property, and freedom developed in the context of territorial expansion, encounters with exogenous others, reliance on chattel slavery, and mass immigration. Glenn pays particular attention to contradictions, silences, and amnesias, then turns to the question of present day xenophobia, which has risen in Western Europe and North America in response to the influx of refugees fleeing political war, hunger, and persecution in the Global South to ask the question: is there something distinct about U.S. xenophobia? If so, how might the differences be related to the U.S. settler colonial experience?

This event was cosponsored by the Immigration History Research Center, the Race, Indigeneity, Gender, and Sexuality Studies Intiative, the Center on Women, Gender, and Public Policy, the Human Rights Program, American Indian Studies, and the departments of Anthropology, Geography, History, Political Science and Political Psychology.

Evelyn Nakano Glenn is Professor of the Graduate School and Founding Director of the Center for Race and Gender at the University of California, Berkeley. Her teaching and research focus on the relations among race, gender, labor, and citizenship.  Her articles have appeared in such journals as Social Problems, Signs, Feminist Studies, American Sociological Review, Stanford Law Review, Contemporary Sociology, and Gender and Society, as well as in many edited volumes. She is the author of Forced to Care: Coercion and Caregiving in America (Harvard University Press); Unequal Freedom, How Race and Gender Shaped American Citizenship and Labor (Harvard University Press); and Issei, Nisei, War Bride: Three Generations of Japanese American Women in Domestic Service (Temple University Press). She is a past President of the American Sociological Association.

Related event: The Logic and Legacy of American Punitiveness, on the historical and racial roots of the American punitive system, highlighting this version of American exceptionalism in stark contrast to the nation as a shining beacon of freedom and democracy. Speaker: Khalil Gibran Muhammad, professor of history, race, and public policy at Harvard Kennedy School and the Suzanne Young Murray Professor at the Radcliffe Institute for Advanced Study. Watch now.

A playlist of additional IAS past programs related to settler colonial legacies can be found here.

View over 100 IAS past programs and other themes in our Multimedia Library.