About the Exhibition
This multidisciplinary group exhibition and series of public programs that investigate and celebrate the history, politics and culture of LGBTQ+ Liberation across a range of artistic forms and perspectives. Queer Forms coincides with the anniversary of these important historical markers in the history of LGBTQ+ Liberation: the fiftieth anniversary of the establishment of FREE (Fight Repression of Erotic Expression), a Gay student organization at the University of Minnesota, and the Stonewall Rebellion in New York in 1969; and the sixtieth anniversary of the resistance to police harassment of LGBTQ+ people at Cooper Do-nuts in Los Angeles in 1959. The exhibition includes an original mural painted by Alex Petersen, commissioned by the Katherine E. Nash Gallery.

Queer Forms is part of a network of artistic and intellectual activity planned at the University of Minnesota and in the community. The exhibition is co-sponsored by the Departments of American Studies, Art, Chicano and Latino Studies, Gender, Women and Sexuality Studies, History, Theatre Arts & Dance, the Imagine Fund, the Institute for Advanced Study, the Jean-Nickolaus Tretter Collection in Gay, Lesbian, Bisexual and Transgender Studies, the University Libraries, the Office for Public Engagement, the Gender and Sexuality Center for Queer and Trans Life, the Queer Student Cultural Center, the Boynton Health Center, the Playwrights’ Center, Twin Cities Pride, and JustUs Health. Special thanks to Video Data Bank, Nicole Morse, and the Aperture Foundation. The curatorial team organizing Queer Forms includes Lauren DeLand, Professor of Art History at the Savannah College of Art and Design, Atlanta; Teréz Iacovino, Assistant Curator of the Katherine E. Nash Gallery; Jessica Lopez Lyman, Assistant Professor of Chicano and Latino Studies; Howard Oransky, Director of the Katherine E. Nash Gallery; Christina Schmid, Assistant Professor of Interdisciplinary Art and Social Practice at the University of Minnesota, and Deborah K. Ultan, Arts & Architecture Librarian at the University of Minnesota. The Katherine E. Nash Gallery will publish Queer Forms, a printed companion to the exhibition edited by Christina Schmid and designed by Jim Dryden, including texts by Noah Barth, Maya Chinchilla, Lauren DeLand, Miriam Karraker, Jessica Lopez Lyman, Rachel Mattson, Emmett Ramstad and Danez Smith.

Michela Griffo and Alma López will present examples of their work and discuss their artistic practice. New York-based artist Michela Griffo was an early member of the Gay Liberation Front, along with Marsha P. Johnson and Sylvia Rivera. Los Angeles-based artist Alma López is an Assistant Professor in Residence in the Cesar E. Chavez Department of Chicana/o Studies and LGBTQ Studies Program at UCLA.

even.years.of.shed.skin... is a play about first dates, dating apps, instas, finstas, celebrity, catfish, Kelly Rowland, and how to find remnants of our true selves in the technological wasteland of social media. Damien and Tobias "met" online seven years ago when Tobias was pretending to be Nate. Nate doesn't really exist, but his pictures were stolen from Linc (an Instagram-verified fitness influencer) who is now engaged to Damien. Tonight Damien and Tobias are meeting in person for the first time to forgive and forget...except Tobias isn't sorry and Damien can't forget. 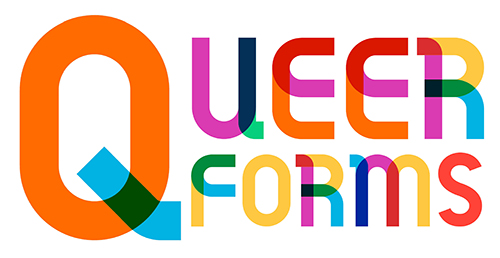 MORRIS | Screen Time: An Exploration in Stop-Action Filmmaking with

MORRIS | Screen Time: An Exploration in Stop-Action Filmmaking with

We are taking technology back! Learn how to use personal devices to develop your dreams of becoming a filmmaker and story teller or just take a chance on something new. In the class we will learn how to use simple (free) apps to create movies, work in teams, develop a story and explore the art of stop-action film making.

Sign up at the library front desk or call the Morris Public library at 589-1634.

Developed with the support of the Film Arts and Culture in West Central Minnesota Research and Creative Collaborative (University of Minnesota-Morris).

The States of Incarceration project of the Humanities Action Lab challenges students, scholars, and organizers all over the country to explore local histories of mass incarceration in the interest of collectively understanding ho wthe United States became the world's leading incarcerator. The project uses place-based public and digital humanities, history, memory, and storytelling to help shape the current national dialogue on criminal justice.

All are invited to attend this informational and brainstorming session on the States of Incarceration project, led by Dr. Shana Russell, Program Manager of the Humanities Action Lab. University of Minnesota students have already produced content focusing on "Carceral Colonialism" in our region. We invite others to develop ideas for additional programs and projects to launch when the traveling States of Incarceration exhibit visits the Twin Cities later this year (2018).

Faculty and students interested in American Indian and Indigenous Studies, social justice in an age of mass incarceration, and public and digital humanities are especially encouraged to attend. For more information, contact Kevin Murphy.

This event is produced by the States of Incarceration Research and Creative Collaborative  and cosponsored by the Heritage Studies and Public History Program.

1105 Greenbrier Street, St. Paul
Free and open to the public

The IAS Historical Injustices Research and Creative Collaborative, in partnership with the East Side Freedom Library, is pleased to present this panel discussion of Minnesota-based artists. The panelists will join featured visual artist John Matsunaga in a conversation about how they have used their artistic and creative practices to engage the historical injustices which have challenged their communities. The invited artists are Nikki McComb, Saymoukda Duangphouxay Vongsay, and Alessandra Williams.