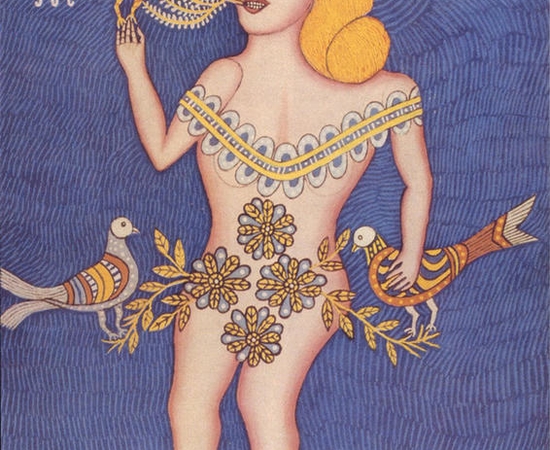 Richard Meyer, Robert and Ruth Halperin Professor in Art History at Stanford University, will discuss the obscure-yet-fascinating career of the self-taught artist Morris Hirshfield (1872-1946), a former tailor and slipper manufacturer who took up painting at the age of 65. Hirshfield's wildly stylized pictures of animals, landscapes, and female nudes attracted a great degree of attention, both positive and negative, in the 1940s. Embraced by Picasso, Mondrian, and Duchamp,  Hirshfield was given a one-man show at the Museum of Modern Art in 1943. The exhibition was widely reviewed, though mostly reviled, by the press. In the decades after his death, Hirshfield and other folk and self-taught artists were gradually excluded from narratives of 20th-century art. Dr. Meyer considers the stakes of returning Hirshfield to the modernist context in which his art appeared and suggests what might be gained by rediscovering Hirshfield within our own moment.

Richard Meyer teaches courses on 20th-century American art, photography, and gender and sexuality studies at Stanford. He is the author of What was Contemporary Art (MIT Press, 2013) and co-author, with Catherine Lord, of Art and Queer Culture (Phaidon, 2013), a revised edition and updated edition of which was published in 2019 on the occasion of the 50th anniversary of the Stonewall Riots. He is currently writing Master of the Two Left Feet: Morris Hirshfield Rediscovered; a related exhibition will open in October, 2021, at the Peggy Guggenheim Collection in Venice and travel to the Berkeley Art Museum the following year.

This event is cosponsored by the Weisman Art Museum and the Departments of Art and Art History.

IAS Thursdays | Confluence: Water as an Analytic of Indigenous Feminisms