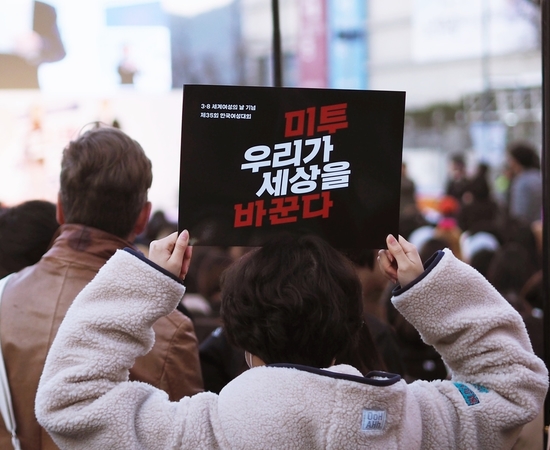 Hae Yeon Choo: Associate Professor of Sociology and Director, Centre for the Study of Korea; University of Toronto

This talk delves into the MeToo movement in South Korea, where MeToo has come to signify women’s collective attempts to speak out publicly against sexual violence as a systemic abuse of power and authority. It highlights the tension over how to translate the English expression “MeToo” into Korean, as a contested site where feminists reckoned with the polyvocality of MeToo in order to situate it within the legacy of South Korean feminist activism. By examining the landmark case of the prosecutor Seo Ji-hyun and other key cases, I show how MeToo in South Korea emerged as an institutional critique, as the women who came forward articulated the link between sexual violence and gender-based discrimination within male-dominated organizations, becoming whistleblowers instead of mobilizing based on shared pain and sexual victimization. Within such a formation, the scope of MeToo was limited to sexual violence perpetrated by men in positions of power, embedded in formal institutional structures. While this focus broadly mobilized alliances that transcend gender as a language of power and injustice, it also left out the question of how gendered oppression not formally inscribed within institutions nonetheless operates across all realms of the public and private divide. Through the MeToo movement, women have emerged as a collective subject demanding equal recognition in the public sphere, but the movement’s swift turn toward gender politics with emphasis on gender discrimination, away from sexual politics, has yet to foster a nuanced discussion on the interplay between sexuality, agency, and violence.

Presented by Gender and Violence: South Korea and Beyond, with support from the Institute for Advanced Study Research and Creative Collaboratives Program.

Hae Yeon Choo is an Associate Professor of Sociology and the director of the Centre for the Study of Korea at the University of Toronto. She is the author of Decentering Citizenship: Gender, Labor, and Migrant Rights in South Korea (Stanford University Press, 2016). Her research on gender, intersectionality, citizenship, and urban sociology has appeared in Gender &amp; Society, Sociological Theory, positions: asia critique, Urban Studies, and Sexualities. Her current book project examines social activism in contemporary South Korea as sites of emergent critical social theory and new political imagination. She has translated Audre Lorde’s Sister Outsider and Patricia Hill Collins’s Black Feminist Thought into Korean, and is currently working on translating Grace Cho’s memoir, Tastes Like War.

Gender and Violence: Korea and Beyond (GVKab) examines how hyper-developmentalism, the capitalist labor market, gender-based oppression, and racialized anti-immigrant sentiment are represented in academia and popular culture as a result of Cold War geopolitics in East Asia. Through interdisciplinary engagement, GVKab aims to critically interrogate how the Korean Peninsula came to be a significant spatial and temporal space for investigating such oppressive legacies. By bringing in scholars and researchers from various fields such as Sociology, History, Journalism, and Korean Studies, combined with regular literary and film discussions, GVKab will unpack the complexities of Cold War ideologies and their specific relations to the hierarchical violence and oppression that continue to manifest in cultural, economic and political systems on the Korean Peninsula.