IAS Thursdays | The University as a Colonizing Institution 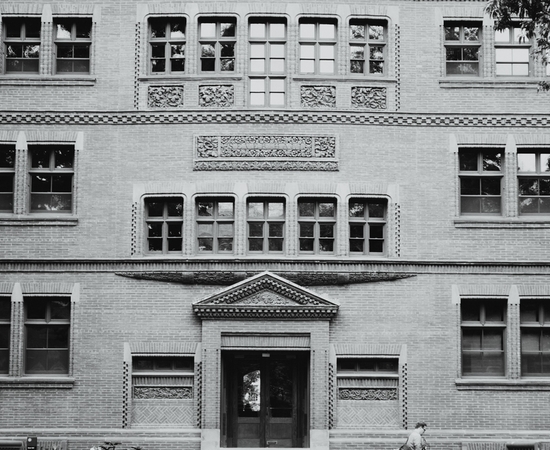 Colleges and universities are typically understood as a structure for social liberation and upward mobility for members of the lower classes, and people of color. This presentation unpacks the tensions and dichotomies underlying this premise. In what ways do universities promote “free thinking” and the ideas that change dominant and oppressive cultural narratives, while upholding them at an institutional level? In this talk, I will share real life examples of universities supporting Indigenous scholarship and voices, while simultaneously privileging “pretendians” who reproduce imaginary ideas of what an “Indigenous academic should be.” I’ll present a series of actions that universities can take today to make their campuses in better alignment with equity rhetoric, and ultimately create places that can foster decolonization efforts to truly support Native American students, other students of color, and economically marginalized students in a space that was not originally made for them.

ALEXIS BUNTEN (Unangan/Yup’ik) co-directs the Bioneers Indigeneity Program. She has served as a manager, media-maker, consultant and applied researcher for Indigenous, social and environmental programming for over 20 years. Alexis’ areas of expertise include Indigenous economic development, organizational decolonization, and cross-cultural communications.

After receiving a BA in Art History at Dartmouth College, Alexis returned to Alaska, where she worked at the Sealaska Heritage Institute, and the Alaska Native Heritage Center in cultural programming. Subsequently, Alexis earned a PhD in Cultural Anthropology at UCLA. She has taught at UCLA, and Humboldt State University, completed Postdoctoral fellowships at UC Berkeley and UC Santa Cruz, and served as an invited scholar in residence at University of Victoria Auckland, and the Sorbonne University, Paris.

Alexis has received nominations and awards from the US National Science Foundation, the Ford Foundation, MacArthur Foundation, Bristol Bay Native Corporation, and the Native American Film and Television Awards, among many others. In addition to publishing widely about Indigenous and environmental issues in academic and mainstream media outlets, Alexis’ 2015 book, “So, how long have you been Native?” Life as an Alaska Native Tour Guide” won the Alaska Library Association Award for its originality, and depth. The follow up anthology, “Indigenous Tourism Movements,” was published by the University of Toronto Press in 2018. Alexis lives in Monterey, California with her husband, daughter, 4 dogs and a cat.