IAS Thursdays | Towards an Infrastructural Ecology: An Internet Pigeon Network for Gaza 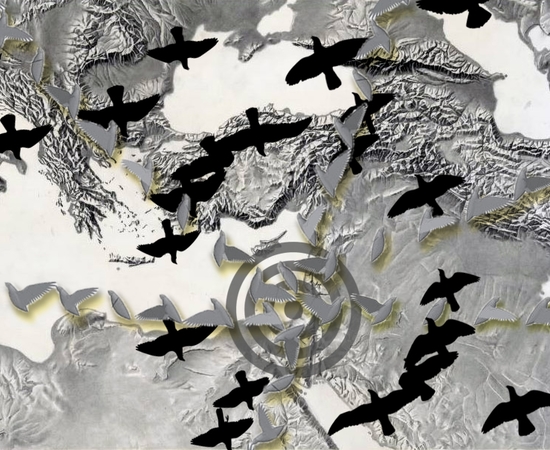 The Internet Pigeon Network (IPN) is a prototype-solution for internet access infrastructure based on homing pigeons in the Gaza Strip that is resilient, scalable, less open to surveillance and destruction, works without electricity and without reliance on the Israeli backbone, as well as is affordable, community-managed and owned, and environmentally sustainable. Economically it fosters job creation and new businesses, and saves the exorbitant costs of machinery and backbone connection through Israel. It provides a democratic, community-owned, participatory model where needs are assessed by the community rather than an ‘ideal’ of internet access that is technically (and economically) dependent, echoing recent examples of mesh networks and local WiFi programs. The IPN demonstrates how a community can plan and build a technical network by reliance on animals and the environment that neither exploits, monetizes, nor harms them, but harnesses pigeons’ locative abilities, presence, and intelligence, and supports and improves their urban existence. The IPN contributes to scholarly discussions about mobility, movement, and displacement. The IPN demonstrates how infrastructure can be beneficial ecological entities themselves, outcomes of the relations between humans, animals, and the local environment; and demonstrate that an ‘intelligent’ infrastructure or ‘smart’ city is about being symbiotic and ecologically connected. It proposes that infrastructure be informed and defined by ecological consciousness.

The University of Minnesota Human in the Data Initiative focuses on the ubiquity of Big Data and algorithmic decision making in every major sector in our world. Human in the Data series events are presented by the Institute for Advanced Study, DASH, the UMN Informatics Institute, and Research Computing.

HELGA TAWIL-SOURI is an Associate Professor in the Department of Media, Culture, and Communication and the Department of Middle Eastern and Islamic Studies at NYU. Helga’s work deals with spatiality, technology, and politics in the Middle East, with a particular focus on contemporary life in Palestine-Israel. She is interested in how media technologies and infrastructures function as bordering mechanisms, and, conversely, how territorial and physical boundaries or objects function as cultural and mediated spaces. Much of her published academic work has been about Palestinian im/mobility and infrastructure, which has taken checkpoints, mobile phones and internet, film, and questions of borders and space as its focal points. She has also written about Arab media, identification cards, surveillance, video games, and other topics. She is co-editor of Gaza As Metaphor (Hurst, 2016), and has published in journals including Qui Parle, SocialText, Cultural Anthropology, International Journal of Cultural Studies, Space and Culture, Political Geography, Journal of Palestine Studies, Jerusalem Quarterly, Arab Studies Quarterly, among others, and serves on the board of Social Text and Public Culture.