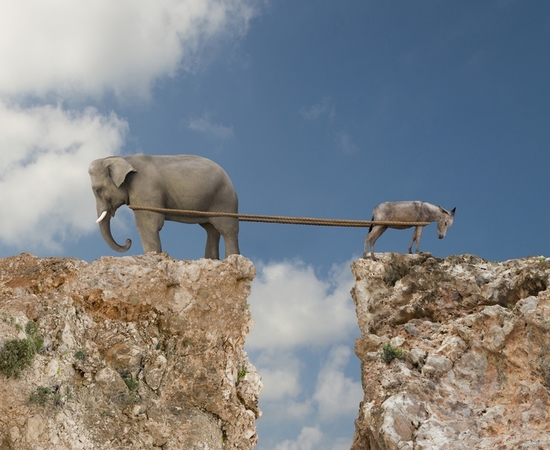 Despite consistent and widespread interest in third-party politics, recent, record-low ratings for the U.S. Congress, and the ever-widening political chasm between the left and the right, America remains as firmly ensconced in the two-party system as ever. Often left out of the political fray are the voices, experiences, and aims of the so-called moderate middle. Who comprises this group? How do they influence American politics at levels from local to national? And what does the future portend for the role of the middle in healing our divide and possibly escaping the persistent oversimplifications that a binary system presents to U.S. voters? Politicians and academics join the conversation sparked by these timely questions.

Maria Regan Gonzalez, MPH, serves as the mayor of Richfield and M Health Fairview’s Systems Director of Equity Initiatives. Maria has dedicated her professional experience and personal passion to blending and applying public heath practice and community organizing methodologies to transform large mainstream institution such as local governments and healthcare systems in service to the reduction and elimination of racial and health inequities. At the state’s first Latina mayor and as a non-partisan politician, she is a part of a growing movement to change and diversify the face of politics, leadership and decision-making to better hold and represent the complexity of our communities today. Maria is a proud U of M grad for both her undergraduate degree in Global Studies and Spanish and her Masters in Public Health.

Bonnie Kristian is an author and journalist. She is acting editor-in-chief at TheWeek.com, and her column, "The Lesser Kingdom," appears in print and online at Christianity Today. Her work has also appeared in outlets including USA Today, NBC, CNN, the Los Angeles Times, Politico, Time, and Reason. Bonnie’s first book, A Flexible Faith: Rethinking What It Means to Follow Jesus Today, was published in 2018. Her second book, forthcoming in the fall of 2022, is Untrustworthy: The Knowledge Crisis Breaking Our Brains, Polluting Our Politics, and Corrupting Christian Community. A graduate of Bethel Seminary, she lives in Pittsburgh with her husband and twin sons.

The University of Minnesota Spotlight Series is a collaborative partnership between the University Honors Program, Institute for Advanced Study, and Northrop, to present lectures, panel discussions, exhibits, and other events throughout the academic year around timely topics of interest. The six-part 2021-22 series, hosted in partnership with the Minnesota Humanities Center, focuses on patriotism, public service, and civic engagement. The moderator for all six events will be Kevin Lindsey, CEO of Minnesota Humanities Center. All events are Thursdays 3:30-5:00 pm and may be attended in Northrop’s Best Buy Theater or online via Zoom. Q&A sessions will follow each event.