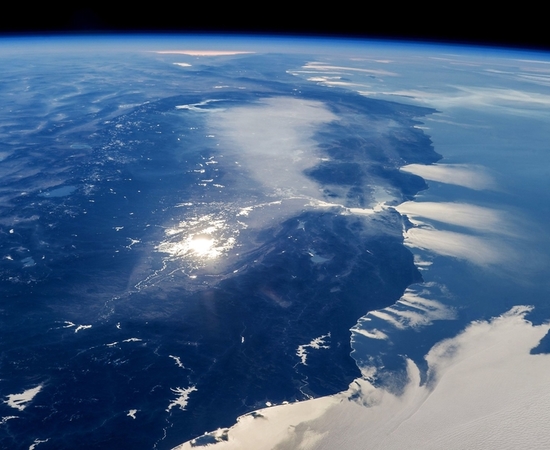 “Did Aerosols Delay the Emergence of Greenhouse Gas-Forced Drought in Southwestern North America?”

Greenhouse gas emissions have likely contributed to current drought conditions in southwestern North America, which is experiencing one of its driest periods on record.  But greenhouse gas emissions have risen steadily since the beginning of the Industrial Revolution: why then, have these drought conditions only emerged recently?  In fact, in the latter part of the twentieth century regional soil moisture anomalies were unprecedentedly wet.  In this talk,  I'll argue that the evidence suggests that aerosol forcing, aided by the eruption of Pinatubo in 1991, partially counteracted greenhouse gas-driven decreases in soil moisture, delaying the emergence of the current anthropogenically forced drought.

Dr. Marvel uses climate models, observations, paleoclimate reconstructions, and basic theory to study climate change. Her work has identified human influences on present-day cloud cover, rainfall patterns, and drought risk.  She is also interested in future climate changes, particularly climate feedback processes and the planet's sensitivity to increased carbon dioxide. Dr. Marvel teaches in Columbia's MA in Climate and Society Program and writes the "Hot Planet" column for Scientific American. Named one of “15 Women Who Will Save the World” by Time Magazine, she has been profiled by the New York Times and Rolling Stone, and her 2017 TED talk “Can clouds buy us more time to solve climate change?” has been viewed over one million times. Before becoming a climate scientist, she received a PhD in theoretical particle physics from Cambridge University, where she was a Gates scholar.