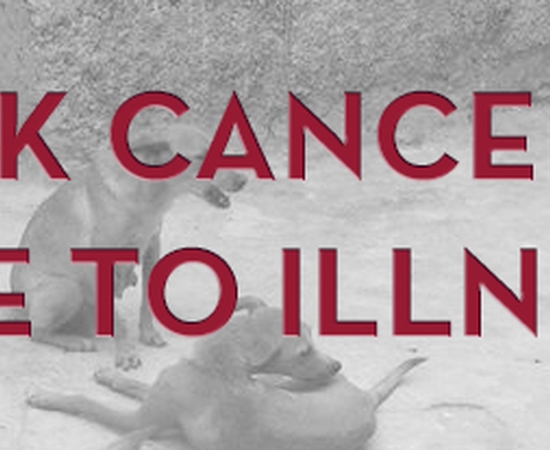 TALK CANCELED DUE TO ILLNESS

What kind of legal history might account for the unique and continued practice of forfeiture in the United States? Law enforcement, as many recent writers have argued, has grown increasingly dependent on this failsafe way to gain revenue, since civil asset forfeiture has few procedural safeguards. Unlike criminal forfeiture (in personam), civil forfeiture generally proceeds against the offending property (in rem), not against the person. A piece of property does not have the rights of a person; so, instead of proving crime beyond “a reasonable doubt,” suspicion equal to “probable cause” is enough. Your property is guilty until you prove it innocent. With civil forfeiture, owners do not have to be charged with a crime, let alone be convicted, to lose homes, cars, cash—or dogs.

This effort to sharpen our understanding of dispossession is pre-eminently a legal project. It takes its meaning and garners its effects from the division between value and disregard, things and persons, human and non-human. In analyzing how legal reasoning has historically contributed to literal expropriation I examine the generally invisible nexus of animality, human marginalization, and juridical authority.

Colin Dayan is the Robert Penn Warren Professor in the Humanities at Vanderbilt University, where she teaches American Studies, comparative literature, and the religious and legal history of the Americas. She has written extensively on prison law and torture, Caribbean culture and literary history, as well as on Haitian poetics, Edgar Allan Poe, and the history of slavery. After receiving her Ph.D. from the City University of New York Graduate Center in 1980, she taught at Princeton University, Yale University, the City University of New York, the University of Arizona, and the University of Pennsylvania. Dayan has received an NEH fellowship (1986); a Guggenheim fellowship (2005) recognized her work on conditions of disfigured personhood and civil death that long outlive slavery itself. She has been a fellow at the Shelby Cullom Davis Center in the Department of History and a fellow in the Program in Law and Public Affairs, both at Princeton. Her memoirs of growing up in Atlanta, Georgia have been published in The Yale Review, Southwest Review, and The Arizona Quarterly. A contributor to the London Review of Books and Boston Review, she writes on contemporary legal practices and the logic of punishment in supermaxes, Abu Ghraib, and Guantánamo. In 2012 she was elected a fellow of the American Academy of Arts and Sciences.

This event is copresented by the Law School. Additional cosponsorship provided by the Hubbard School of Journalism and Mass Communication and the Department of Political Science.